Click here for the latest Coronavirus update from Playfords

speak to one of our nationwide team on

Having joined Playfords in 2010 as Project Manager I have progressed within the company through numerous roles joining the board of directors in 2018 as Contracts Director. My role was expanded to Commercial Director in January 2019 during which time I led a management buyout of Playfords with Andy Downing & Dave Miller, completing this in January 2021 and taking on the role of Managing Director.

With the completion of the management buyout, I now lead my fellow board members establishing ways to further develop the company and its capabilities within the industry as well as continuing the growth of our operations within all three regional office locations – Huntingdon, Dartford and Durham.

Playing an active role in all aspects of the business I can regularly be found walking our sites, working with the team and getting directly involved with our clients and supply chain.

Leading Playfords into the future I have ambitions to develop Playfords into a leading player within the electrical & mechanical sector and look forward to developing the team further within Playfords to achieve this. I will take great pride in being at the forefront of the business as we celebrate our 100th Anniversary in 2025. 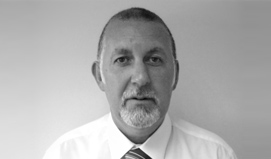 Joining the company in 1982 I commenced work as an Apprentice Electrician. Following the completion of my apprenticeship I progressed through many job roles with the company, Electrician, Approved Electrician, Technician, Project Manager, Contracts Manager before being appointed to the board of directors in January 2018. In January 2019 I became Operations Director.

In January 2021 I was part of a management buyout of Playfords and became Group Operations Director.

I hold certification in Electrical Engineering and have kept up to date with accreditation to the current 18th Edition IEE Wiring Regulations BS7671, I have also specialised in Data Communications, gaining qualifications in Category 5/6 cabling solutions, Fibre Optic systems and Structured Cabling design.

Alongside our electrical and data cabling installation deliveries I have been responsible for managing mechanical delivery overseeing large air conditioning, heating, plumbing and ventilation project installations delivered by our supply chain partners.

To ensure our clients are afforded the expertise and service levels required I hold many industry standard accreditations including Institution of Occupational Safety and Health (IOSH) Managing Safely and IOSH Safety for Executives & Directors. 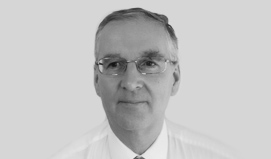 I have worked for Playfords since 1998, initially as Assistant Accountant. After the takeover by Hedley Solutions in 2006 I became Accounts Manager and then Finance Director in 2007. 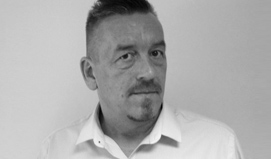 Starting with Playfords in 2002 as a Senior Site Engineer on the Data side of the business I was promoted to Contracts Manager where I continued to work on mainly developing the account for a leading bank and various other Data, Electrical and Mechanical contracts. Developing the contracting side further in 2010 I took over as the Northern Operations Manager, further developing projects mainly with Lloyds Banking Group, the Scottish Police Authority and more recently moving into Renewable Energy. In 2014 I was promoted to the board of Playfords as Director – Northern Operations. 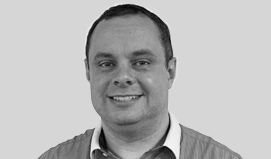 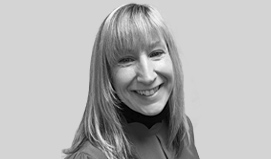 I began my Health & Safety career back in 2005, working for Northampton Council. Since then I have gained valuable experience in many sectors including Electrical & Civils works. I have continuously studied along the way, and have achieved the NEBOSH General Certificate, NEBOSH Construction and the Level 5 NVQ Diploma in Occupational Health & Safety. I also gained a qualification in teaching allowing me to deliver Health & Safety courses.

I hold the GradIOSH status with IOSH and am currently working towards Chartered status. To keep up to date in Health & Safety I am part of the MidShires IOSH Committee Team enabling me to gain and share knowledge and experiences.

I joined Playfords in January 2020 as their Health, Safety & Environmental Manager and am excited to be part of a growing team and look forward to working on the many varied projects and being part of the new Health & Safety initiative ‘Safe to Start’.

On a personal note – I am an avid animal lover and have two gorgeous dogs that keep me on the go and help in my training for charity runs. When they are sleeping I can be found either reading, watching a film, baking or practising yoga. 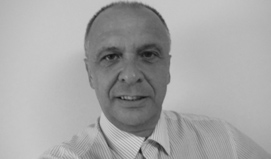 I have been in the electrical contracting industry all my working life. I started my career as an electrical apprentice with the Electrical Regional Supply Company and progressed from apprentice, approved electrician, supervisor to project management over a 14 year period, gaining suitable qualifications and valuable experience of a diverse range of projects along the way. I spent 8 years as an electrical project manager within the MOD for a large multi national company before joining Playfords. I am a Chartered member of the CIOB giving me access to a wealth of like minded professionals and the latest construction technologies and legislation which proves to be invaluable.

Outside of work I enjoy winter sports such as snowboarding and try to improve yearly although this is getting harder as the years go by! I also have a passion for motorbikes, riding and watching, having owned many bikes over the years. 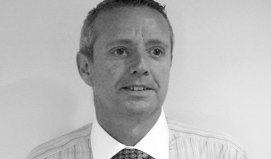 After leaving school in 1986 and starting an electrical apprenticeship with J Wesley contractors in Hertfordshire, I spent the first ten years of my working life undertaking varied project types from small works within customer’s houses to electrical foreman on the control tower at London Luton Airport. I then relocated to Peterborough, joining Hedley Incorporated. After around 6 years of working on various corporate premises I was asked move into the office as a Project Manager which is a role I still hold and enjoy today. I was fortunate to be involved with IBM type 1 in the very early stages of structured cabling, through to the latest category of copper and fibre standards with periodic training being undertaken as new standards are ratified. I feel this gives me a lot to offer our client base. I’m still heavily involved with electrical and am currently an NICEIC qualifying supervisor for Playfords. 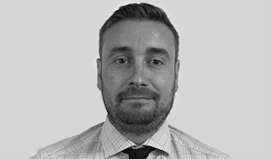 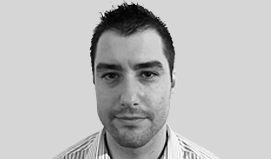 I joined Playfords in July 2007 as an apprentice and worked across a number of different projects gaining valuable engineering knowledge and experience, which afforded me the opportunity to be awarded two Regional Apprentice of the Year awards via the ECA and JTL the training provider. This in turn led on to receiving a 3rd place award in the National Apprentice of the Year awards by JTL.

Playfords showed, via my training, that they can offer individuals great opportunities within the industry and I have gone on to be involved in several larger projects during my time as an electrician and site supervisor gaining further experience across a broad spectrum of electrical engineering. I have more recently moved to a more office-based role as a Project Engineer, working closely with our site-based teams and clients to ensure project works meet expectation and are delivered on budget. These project works are varied but not limited to: school new builds and extensions, office fit outs, warehouse fit outs and NHS electrical infrastructure upgrades. 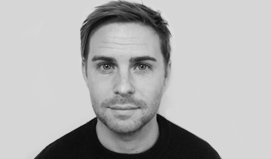 Having joined the company in 2003 as an apprentice electrician, I was able to advance my skills in a number of other ways besides strictly electrical, as we were involved with the installation of computer network infrastructure. This gave me knowledge in a wide verity of cable types, including and not limited to, Cat 5e, Cat 6, Cat 6A, voice & fibre optic communication cabling.

I completed my apprenticeship and NVQ level 3 and progressed on to qualify in the City & Guilds 2394 initial verification of 3 phase installations. This gave me a great foundation to then progress into the role of one of the company’s NICEIC qualified supervisors.

The work was hugely varied, from commercial to industrial installations such as schools, hospitals, banks, factories and farms.

After spending many years developing and honing my skills on the tools and running large projects, I have now progressed into the role of Project Engineer, managing time and budget to see projects through to completion above and beyond clients expectations. Playfords pride themselves on providing turnkey solutions, seeing the project through from start to finish and working closely with the client & consultants to deliver a high quality product.

I strive to be the best asset to the company that I can be and a valued member of the team. 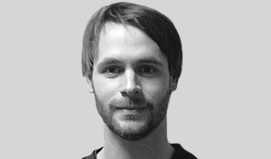 I joined the company in 2006 as an electrician, quickly achieving approved electrician status allowing me to work on small and larger scale projects as a supervisor. Having worked on the tools over a number of years with Playfords, I have gained experience and knowledge which set the foundations to my progression within the company allowing me to progress to Project Engineer. My role of Project Engineer consists of site management, full liaison with the clients and end users, management of engineers, testing and commissioning and ensuring all projects are delivered safely and in a timely manner. 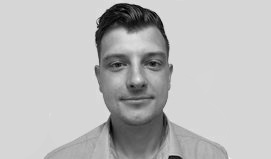 I joined the company in April 2007 as an electrician and was afforded the opportunity to advance my skill and knowledge working on a variety of commercial, renewable and industrial installations. Since then I have progressed to Approved Electrician status and then Site Supervisor, becoming more involved in complex and challenging projects. More recently I have been overseeing and assisting in the delivery of the M&E packages on a warehouse and office fit out, and several school projects.

The experience I have gained at the company has allowed me to progress to a Project Engineer. I look forward to working in this role with our team and clients, striving to deliver projects to the highest standards. 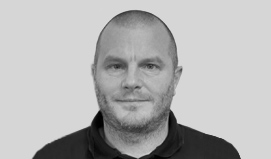 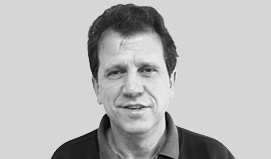 Having served an electrical apprenticeship with Thames Water Authority, I worked for 13 years within a maintenance team looking after Pumping Stations and various plant equipment and essential services.

Moving from there, I joined Coolfactor an M+E company based in Kent and assisted and managed maintenance and project teams looking after retail and commercial works. I then progressed into the structured cabling sector, gaining qualifications in installation, design and engineering with Systimax.

I joined Playfords in 2015 as an electrical/data supervisor carrying out various electrical projects and working with the AV team.

I am now working as a project engineer managing a variety of projects within the company’s portfolio of clients in the health, education and commercial sectors. 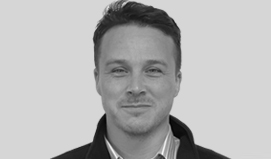 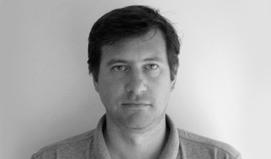 When I completed my A levels I left school and started working for Playfords as an electrical labourer at British Sugar Bury St. Edmunds. After a year and a half I was asked to help out in the office during a particular busy period.

I was taken on permanently as a trainee electrical estimator, Playfords then paid for me to go on day release to study a HNC in Mechatronics (Electrical, Mechanical and Electronics combined). After I completed the course I continued working as an electrical estimator. I have now been producing electrical estimates for Playfords for twenty years, ranging from five hundred pounds to five million pounds over all sectors: industrial, commercial, schools and domestic. 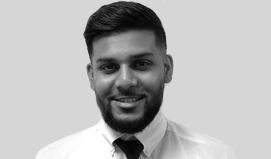 Read about our work

speak to one of our nationwide team on